Nobody has epitomised these values more at the Olympic Games Rio 2016 than runners Abbey D’Agostino (USA) and Nikki Hamblin (NZL) and, beyond the Games, the Norwegian men’s handball team. The International Fair Play Committee (CIFP), with the support of the International Olympic Committee (IOC), presented them with Fair Play awards today at the Olympic Club in the Olympic Park in Rio de Janeiro for two separate acts of selflessness and exemplary sportsmanship.

The D’Agostino and Hamblin story is one of humanity and sacrifice which has already captured the hearts of people across the globe. New Zealand runner Nikki Hamblin tripped and fell to the ground during the 5,000m race, accidentally bringing American D’Agostino down behind her with around 2,000m to go. The 24-year-old D’Agostino was quick to get up again, yet instead of carrying on with her race she stopped to help the stricken Hamblin to her feet, encouraging her to join her in attempting to finish the race. However, during her tumble, D’Agostino suffered an ankle injury, slowing the runner down, but Hamblin sportingly hung back to in return offer her encouragements. The two women went on to complete the race together. 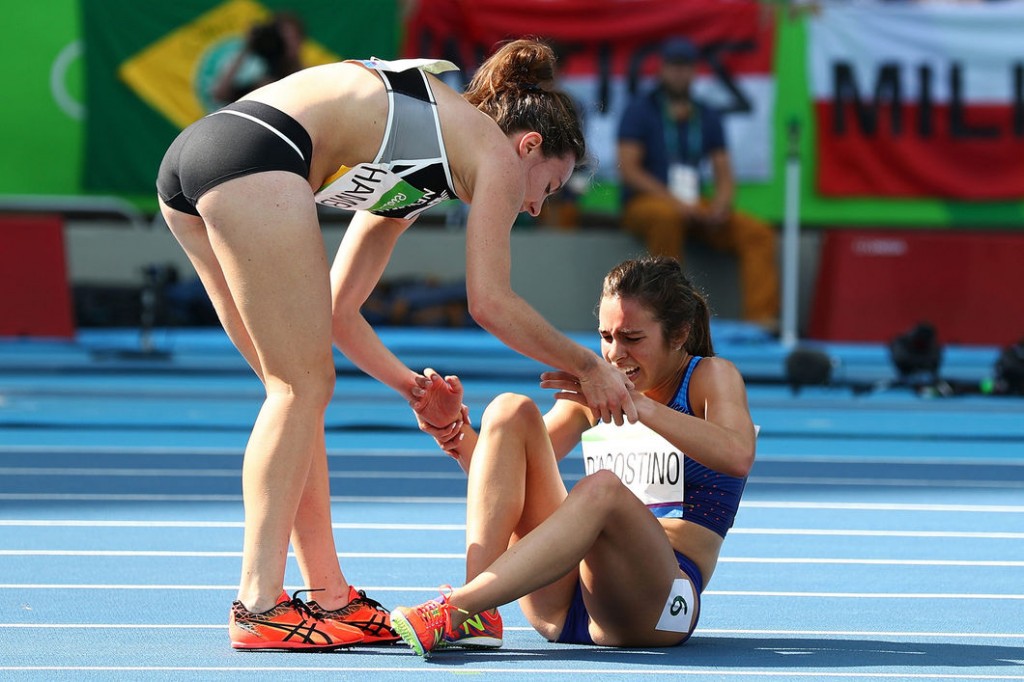 215 thoughts on “The olympic games are more than win”