David Walsh, the journalist who spent 13 years pursuing the truth about Lance Armstrong, will speak in Glasgow later this month about his role in unmasking the global sporting icon as a serial drugs cheat

Walsh will speak at Glasgow Science Centre on the evening of Tuesday 23rd April before taking part in a Q&A session and signing copies of his book, Seven Deadly Sins: My Pursuit of Lance Armstrong. The award-winning Sunday Times journalist will speak to an audience of more than 300 people on the latest leg of his sold out tour to be announced.Tickets for the event, the latest date to be announced on Walsh’s sell-out UK tour, are available online from Dales Cycles (http://www.dalescycles.com/) .

Walsh will tell why he continued his pursuit of Armstrong even as the American racked up multi-million dollar endorsements, met with Presidents and dated rock stars on the back of seven straight Tour de France victories. At a time when most people viewed Armstrong as a hero, Walsh was determined to show that not everything was as it seemed with the Texan’s clean-cut image.

That determination did not make life easy for Walsh as he was ostracised by fellow journalists, vilified by Armstrong in public and his employer, the Sunday Times, wrongfully sued by the cyclist’s legal team in 2004.

Walsh’s talk in Glasgow will give Scottish cycling fans the opportunity to ask about his role in uncovering what the US Anti-Doping Authority described as the ‘greatest fraud in sport’.

David Walsh, British Journalist of the Year 2012, said: “Scotland is a country with a strong cycling heritage, from Robert Millar to Chris Hoy, and with its new velodrome, Glasgow is at the heart of the country’s cycling community.

“The response to the book tour has been tremendous and I’m looking forward to coming to Glasgow and meeting some of the most passionate cycling fans in the country.”

Tickets for the event, which will start at 7pm, are available online (http://www.dalescycles.com/) and in person from Dales Cycles Dobbie’s Loan city centre store. Tickets are priced at £10 each.

The event will be hosted by journalist and former Scotland rugby internationalist John Beattie. A significant donation will be made to a Scottish cycling charity from the proceeds of the event. 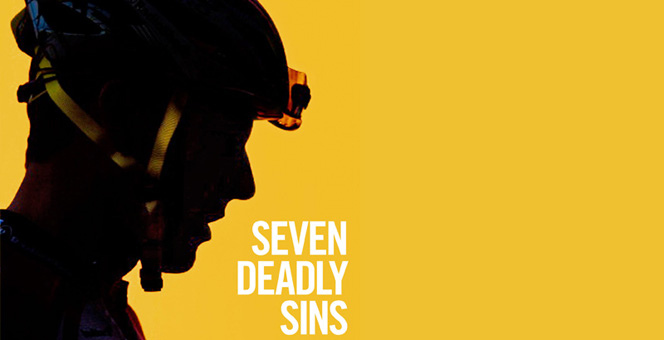 2 thoughts on “Walsh will speak at Glasgow Science Centre on the evening of Tuesday 23rd April.”